Items related to The Good Earth 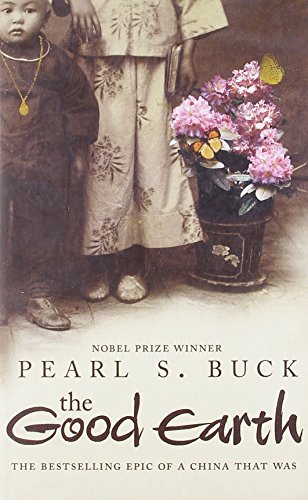 When O-lan, a servant girl, marries the peasant Wang Lung, she toils tirelessly through four pregnancies for their family's survival. Reward at first is meagre, but there is sustenance in the land - until the famine comes. Half-starved, the family joins thousands of peasants to beg on the city streets. It seems that all is lost, until O-lan's desperate will to survive returns them home with undreamt of wealth. But they have betrayed the earth from which true wealth springs, and the family's money breeds only mistrust, deception - and heartbreak for the woman who had saved them. THE GOOD EARTH is a riveting family saga and story of female sacrifice - a classic of twentieth-century literature.

"Boston Transcript" One need never have lived in China or know anything about the Chinese to understand it or respond to its appeal.

Pearl Comfort Sydenstricker was born in 1892 in West Virginia. Her parents were Southern Presbyterian missionaries, most often stationed in China, and from childhood, Pearl spoke both English and Chinese. She returned to China in 1914, and married John Lossing Buck. They immediately moved to Nanhsuchou in rural Anhwei province. In 1931, John Day published Pearl's second novel, The Good Earth. This was the bestselling book of both 1931 and 1932, and won the Pulitzer Prize. In 1938 Pearl won the Nobel Prize in literature, the first American woman to do so. By the time of her death in 1973, Pearl had published more than seventy books: novels, collections of stories, biography and autobiography, poetry, drama, children's literature, and translations from the Chinese.