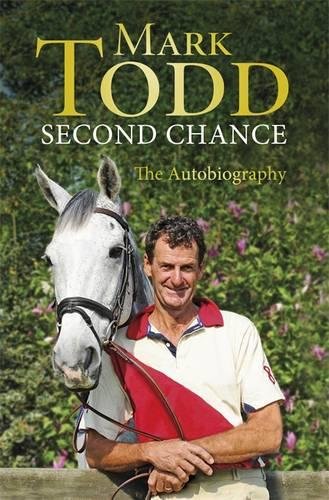 The greatest equestrian of the 20th century makes a stunning comeback in the 21st century.

Mark Todd's eventing career is the stuff of legend and encompasses one of the greatest sporting comebacks of all time.

When he 'retired' from competing in eventing in 2000, he had already been named 'Rider of the Century' for his natural empathy with a horse and his extraordinary success, which included back-to-back Olympic gold medals, five Burghley wins and three Badminton victories. He has also show jumped to Olympic level and trained winners on the racecourse. Considered a legendary horseman by his peers, he seemed to have done it all.

He returned to train racehorses in his native New Zealand but, eight years later, the idea of a comeback took root, part dare, part personal challenge to see if he could still cut it in a changed sport. Within eight months, he was riding at the 2008 Beijing Olympics and in 2011, he hit the headlines by becoming the oldest rider to win Badminton. He is now at the forefront of New Zealand's resurgence ahead of the London Olympic Games.

The story of his progress from dairy farmer to world renown is told with typically laid-back humour, but it reveals the fierce determination, discipline and personal sacrifice which lies behind the relaxed outlook.

This compelling and entertaining biography reveals the fierce determination and discipline it takes to become named, rider of the century. (BIG ISSUE)

This book shows Toddy's humorous side as well as his steely determination and the sacrifices he's made for his love of this tough and dangerous sport. (Kath Rhodes WELSH COUNTRY)

...a must-read. Mark is a great storyteller and his humorous tales and matter-of-fact approach to life will keep you hooked from beginning to end. It is a book that's hard to put down. (HORSE MAGAZINE)