Items related to All Fired Up: Tales of a Country Fireman

Castle, Malcolm All Fired Up: Tales of a Country Fireman

All Fired Up: Tales of a Country Fireman 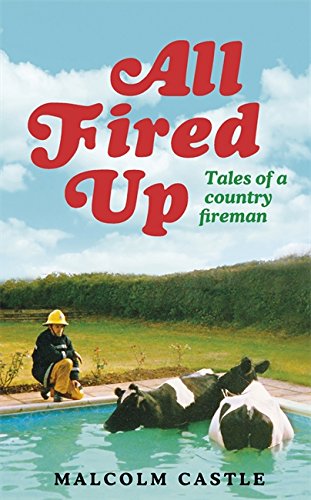 Eighteen-year-old Malcolm Castle became a fireman so he could rush into burning buildings to save fair damsels in distress. He didn't realise he would also be jumping into slurry pits to rescue cows, horses and any number of other unfortunate animals.

Nothing about the country fire service was quite what Malcolm expected when he joined the watch in Shrewsbury. Yes, he had to face the heart-stopping dramas and tragedies of farm and house fires. But as the newest member of the service he was also first in line when swans began to terrorise the high street, when a sheepdog got his head caught in a broken fence panel - and when a flock of owls got stuck on the roof of his local pub. His early days in the brigade in the late 1970s and early 80s was a time when crews tackled fires wearing plastic leggings, plastic gloves and cork hats covered in highly flammable gloss paint.

Funny, moving and gloriously nostalgic, ALL FIRED UP paints a unique portrait of rural Britain - and shows just how surprising a fireman's life can be.

"...a hugely entertaining read, one of those books which you finish and want more, and wonder what happened next." (Chris Burns Shropshire Star)

A unique and gloriously nostalgic account of one eventful year in the fire service.

1. All Fired Up Castle, Malcolm