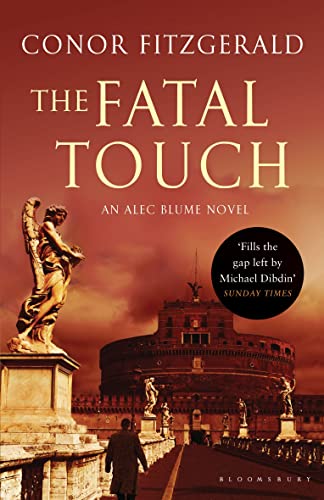 In the early hours of a Saturday morning, a body is discovered in Piazza de' Renzi.

If it was just a simple fall that killed him, why is a senior Carabiniere officer so interested?

Commissioner Alec Blume is immediately curious and the discovery of the dead man's notebooks reveals that there is a great deal more at stake than the unfortunate death of a down-and-out... What secrets did he know that might have made him a target? What is the significance of the Galleria Orpiment? And why are the authorities so intent on blocking Blume's investigations?

The Fatal Touch Alec Blume returns to action in this intricate and heart-pounding new novel. With the help of his associate Caterina, Blume is called to the scene of a death connected to a spate of muggings. Though the Carabinieri--military police--are trying to control the investigation, Blume, never one to bow to authority, pursues it his own way. I mmersed in an old-world setting and written with satisfying de... Full description

'Set in Rome in the murky world of art forgery, it's beautifully written and has a deliciously laconic sense of humour' (Irish Times)