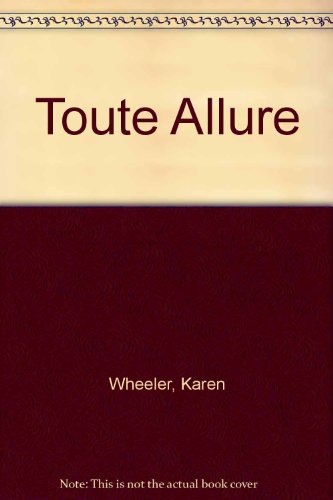 There is so much to look forward to in the months ahead - to lengthening evenings, bike rides past fields of sunflowers or wild meadows of bluebells and poppies (just like the seventies Flake ad) and several months of fetes, vide greniers (car boot sales) and barbecues in friends' gardens. And I cannot wait to get back to see if Andy Lawton has called...

After reaching the heights as a successful fashion editor, Karen said goodbye to all that and set about renovating a run-down house in rural Poitou-Charentes, in central western France, and living a simpler life. Her idyll is almost complete when she is blissfully ensconced in her fully plumbed, tiled, floored and 'warm as the hug of a pashmina' Maison Coquelicot - until, that is, a gang of macho Portuguese builders, a procession of Brits behaving badly and the ghosts of boyfriends past begin to arrive on her doorstep.

Karen soon finds her (dancing) feet in the small rural community when she discovers the key to acceptance is le danse country. And after a few shuffles and twirls she meets the love of her life - he has dark, shaggy hair, four paws and a wet nose...

`This is a great book for sitting down to read as the nights draw in. It will conjure up scenes of warmer days and places and will get you daydreaming.'
--Shetland Times, 3rd September 2010

'laugh-out-loud tales of adventures and mishaps... sit back and enjoy the ride.' --Living France, November 2010

'This proved to be a most entertaining book and hopefully there will be more humorous stories from this writer in the future.' --Scottish Home & Country Magazine, March 2011

'Written... with vast amounts of humour and heart... a book that readers will enjoy to the very last page' --chicklitclub.com

Karen Wheeler is a former fashion editor on the Mail on Sunday and three-time winner of the prestigious Jasmine Literary Award. She writes for the Financial Times How to Spend It magazine as well as for the Daily Mail, ES magazine, You magazine and The Sunday Times Style supplement.

Book Description Chivers. Hardback. Condition: Very Good. The book has been read, but is in excellent condition. Pages are intact and not marred by notes or highlighting. The spine remains undamaged. Seller Inventory # GOR005575365

Book Description Chivers, 2011. Hardcover. Condition: Good. Ex Library Book with usual stamps and stickers. Good condition is defined as: a copy that has been read but remains in clean condition. All of the pages are intact and the cover is intact and the spine may show signs of wear. The book may have minor markings which are not specifically mentioned. Most items will be dispatched the same or the next working day. Seller Inventory # mon0015873827