Items related to The Hunger Games 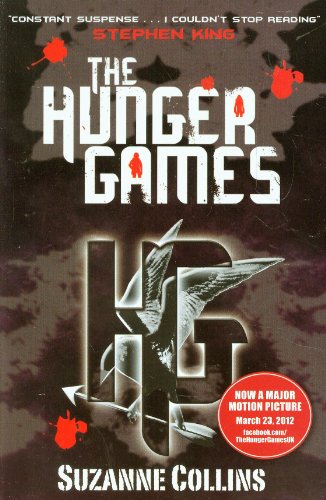 Sixteen-year-old Katniss Everdeen regards it as a death sentence when she is forced to represent her district in the annual Hunger Games, a fight to the death on live TV. But Katniss has been close to death before—and survival, for her, is second nature. The Hunger Games is a searing novel set in a future with unsettling parallels to our present. Welcome to the deadliest reality TV show ever...

Katniss Everdeen is a survivor. She has to be; she's representing her District, number 12, in the 74th Hunger Games in the Capitol, the heart of Panem, a new land that rose from the ruins of a post-apocalyptic North America. To punish citizens for an early rebellion, the rulers require each district to provide one girl and one boy, 24 in all, to fight like gladiators in a futuristic arena. The event is broadcast like reality TV, and the winner returns with wealth for his or her district. With clear inspiration from Shirley Jackson's "The Lottery" and the Greek tale of Theseus, Collins has created a brilliantly imagined dystopia, where the Capitol is rich and the rest of the country is kept in abject poverty, where the poor battle to the death for the amusement of the rich. Impressive world-building, breathtaking action and clear philosophical concerns make this volume, the beginning of a planned trilogy, as good as The Giver and more exciting. However, poor copyediting in the first printing will distract careful readers - a crying shame. (Science fiction. 11 & up) (Kirkus Reviews) --New

Suzanne Collins is the author of the New York Times bestselling Underland Chronicles series, which has more than one million books in print and is available in seven foreign editions. In the award-winning The Hunger Games and Catching Fire, Collins continues to explore the effects of war and violence on those coming of age. The much-anticipated finale to The Hunger Games trilogy, Mockingjay, will be published on August 24th, 2010. Also a successful writer for children's television, Collins lives with her family in Connecticut. Visit her at www.suzannecollinsbooks.com.