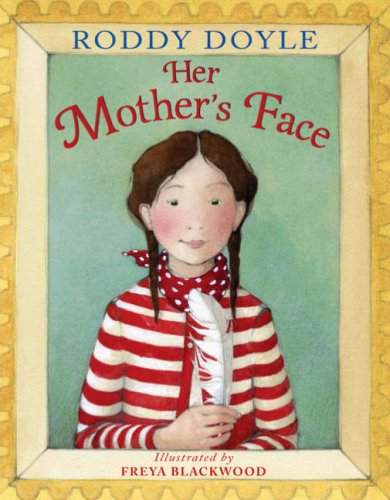 Siobhán missed her mother dearly. Ever since she had gone, she spent her days reminiscing about the time they spent together. She remembered her mother's voice singing and her mother's hands combing her hair, but no matter how hard Siobhán tried she could never see her mother's face... A touching and uplifiting story about love and loss.

Book Description Scholastic. Hardcover. Condition: Fair. No Jacket. A readable copy. All pages are intact, and the cover is intact. Pages can include considerable notes-in pen or highlighter-but the notes cannot obscure the text. At ThriftBooks, our motto is: Read More, Spend Less. Seller Inventory # G1407107070I5N00

Book Description Scholastic. Hardcover. Condition: Good. No Jacket. A copy that has been read, but remains in clean condition. All pages are intact, and the cover is intact. The spine may show signs of wear. Pages can include limited notes and highlighting, and the copy can include previous owner inscriptions. At ThriftBooks, our motto is: Read More, Spend Less. Seller Inventory # G1407107070I3N00

Book Description Scholastic, 2008. Hardcover. Condition: Used; Good. Ex Library Copy. stain on side **SHIPPED FROM UK** We believe you will be completely satisfied with our quick and reliable service. All orders are dispatched as swiftly as possible! Buy with confidence! Aloysius Ihezie. Seller Inventory # 3738389

Book Description Scholastic, 2008. Condition: Good. Ships from the UK. Former Library book. Shows some signs of wear, and may have some markings on the inside. Seller Inventory # GRP17246541

Book Description Hardback. Condition: Very Good. The book has been read, but is in excellent condition. Pages are intact and not marred by notes or highlighting. The spine remains undamaged. Seller Inventory # GOR002172072

Book Description Hardback. Condition: Good. The book has been read but remains in clean condition. All pages are intact and the cover is intact. Some minor wear to the spine. Seller Inventory # GOR004250223