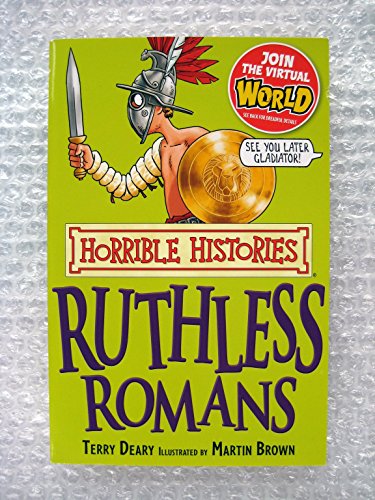 Readers can discover all the foul facts about the Ruthless Romans, including which emperor enjoyed eating camel's heels, who were the terrible twins who founded Rome and which evil emperors made murder a sport. With a bold, accessible new look and a heap of extra-horrible bits, these bestselling titles are sure to be a huge hit with yet another generation of Terry Deary fans.

The grim truth behind the greatest empire of all time is revealed - from the terrible twins who founded Rome to the evil emperors who made murder a sport. Find out which emperor enjoyed eating camel's heels and the name of the Roman goddess of door hinges. This title presents the history with the nasty bits left in.