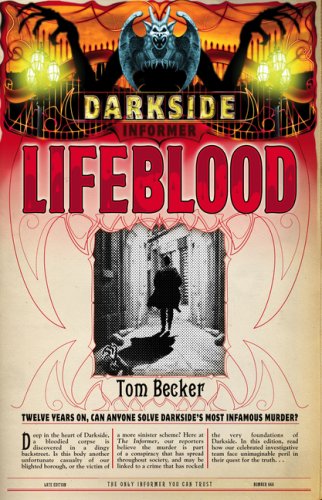 A brutal killer is on the loose! Darkside's mean streets are getting meaner. There's a vicious killer abroad, and Jonathan and Carnegie aren't even close to catching him. But when Jonathan discovers his mother was investigating a similar crime on the day she disappeared, the trail leads uncomfortably close to home. Soon he finds himself embroiled in the borough's most dangerous secret \- and its most dangerous family.

Since Tom Becker learned to hold a pen, he wanted to become a writer. Tom studied history at Oxford University and was inspired by the otherworldly atmosphere of this academic institution. He used to spend long days studying and reading in the University library, but now he spends long days writing. He is the author of the first two books in the Darkside series. His first book in the series, DARKSIDE, was awarded the 2007 Waterstone's Children's Book Prize, which celebrates new talent. He lives in the UK.