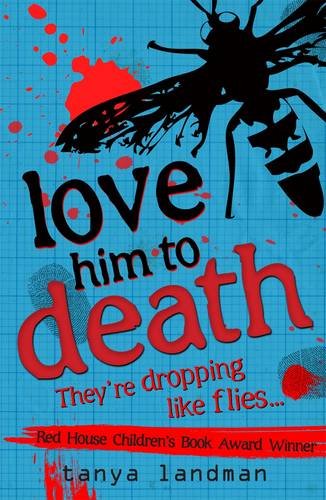 When Poppy and Graham are whisked off to a Greek island to watch musician Bill Strummer marry his much younger girlfriend in the celebrity wedding of the year, they are expecting sun, sea and a hint of scandal. But things begin to turn sour when Bill’s distressed ex-wife turns up, proclaiming that he's still in love with her. Then wedding guests start to die of “natural causes”, and Poppy and Graham are forced to investigate. It would seem that one member of the wedding party will stop at nothing to disrupt the celebrations...

Book Description Walker, 2011. Paperback. Condition: Used; Acceptable. Dispatched, from the UK, within 48 hours of ordering. The book is perfectly readable and fit for use, although it shows signs of previous ownership. The spine is likely creased and the cover scuffed or slightly torn. Textbooks will typically have an amount of underlining and/or highlighting, as well as notes. If this book is over 5 years old, then please expect the pages to be yellowing or to have age spots. Aged book. Tanned pages and age spots, however, this will not interfere with reading. Damaged cover. The cover of is slightly damaged for instance a torn or bent corner. Seller Inventory # CHL5864412

Book Description Walker 05/05/2011, 2011. Paperback. Condition: Very Good. Shipped within 24 hours from our UK warehouse. Clean, undamaged book with no damage to pages and minimal wear to the cover. Spine still tight, in very good condition. Remember if you are not happy, you are covered by our 100% money back guarantee. Seller Inventory # 6545-9781406328653

Book Description Walker, 2011. Paperback. Condition: Very Good. Love Him to Death (Poppy Fields Murder Mystery) This book is in very good condition and will be shipped within 24 hours of ordering. The cover may have some limited signs of wear but the pages are clean, intact and the spine remains undamaged. This book has clearly been well maintained and looked after thus far. Money back guarantee if you are not satisfied. See all our books here, order more than 1 book and get discounted shipping. . Seller Inventory # 7719-9781406328653

Book Description Walker & Company, 2011. Paperback. Condition: Very Good. The book has been read, but is in excellent condition. Pages are intact and not marred by notes or highlighting. The spine remains undamaged. Seller Inventory # GOR003542228

Book Description Walker & Company, 2011. Paperback. Condition: Good. The book has been read but remains in clean condition. All pages are intact and the cover is intact. Some minor wear to the spine. Seller Inventory # GOR003777455

Book Description Walker & Company, 2011. Paperback. Condition: Fair. A readable copy of the book which may include some defects such as highlighting and notes. Cover and pages may be creased and show discolouration. Seller Inventory # GOR005434886

7. Love Him to Death