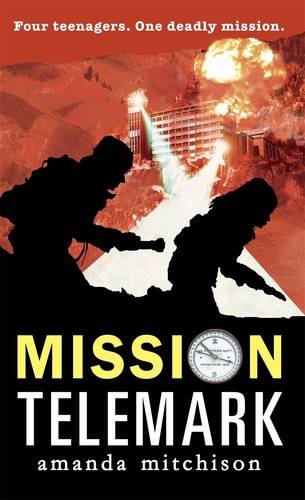 Norway, December 1942. Following the German occupation of the power plant at Vemork in southern Norway, the British government has become aware that Hitler is trying to find a way to use the heavy water it produces to make a nuclear weapon. One mission to destroy the power plant has already failed and time is running out. Now the Allies' fate rests in the hands of four teenagers – Jakob, Freddie, Ase and Lars – who must survive for weeks in the freezing conditions of the Hardanger Plateau before they launch a sabotage attempt that will decide the course of the war. Stuck-in paper inserts bring to life the wartime experiences of these special Special Agents, from digging snow holes and butchering reindeer, to combat knives and behaviour under torture.

May look like a typical paperback at first glance, but it is in fact an adventure story filled with documents based upon historical items. * Bristol Evening Post * This is a gripping, well-paced adventure for older readers and a useful reminder of what the real-life heroes suffered * The Daily Mail * Altogether superior...boys in particular will love the carefully researched detail...as well as being well written, it is exquisitely produced book, filled with illustrations and fold-out inserts on everything from gutting a rabbit to how to survive a Gestapo interrogation * The Sunday Telegraph * An exciting and much more wholesome period version of Robert Muchamore's Cherubs series, and the debut of a talented new children's author. * The Times * The plot is fast, the characters engaging and Richard Colleridge's illustrations and inserts are a brilliant addition...a gripping thriller. * The Scotsman *