Items related to The Mozart Question 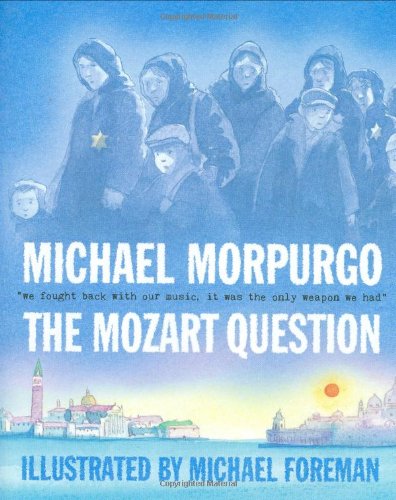 When Lesley is sent to Venice to interview world-renowned violinist Paulo Levi on his fiftieth birthday, she cannot believe her luck. She is told that she can ask him anything at all - except the Mozart question. But it is Paulo himself who decides that it is time for the truth to be told. And so follows the story of his parents as Jewish prisoners of war, forced to play Mozart violin concertos for the enemy; how they watched fellow Jews being led off to their deaths and knew that they were playing for their lives. As the story unfolds, the journalist begins to understand the full horror of war, and how one group of musicians survived using the only weapon they had - music.

"Beautifully illustrated, this is a moving tale of secrets, lies and the past." --The Independent

"Like so many of his books, the author packs a huge amount of emotion into a relatively short story; tender and touching yet woven through with the reality and horror of those times. Michael Foreman's pencil drawings subtly convey the emotions and hit home for the reader. A compelling and haunting tale." --Parents in Touch

From a master storyteller and former Children's Laureate comes a moving story of a group of musicians who survived the Holocaust using the only weapon they had.