Items related to Being Elizabeth 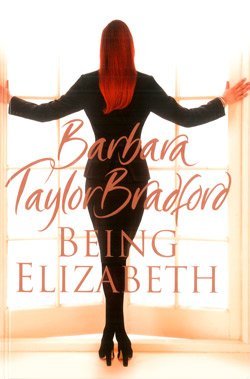 Elizabeth Turner, scion of the fabled Deravenel family, carries the red-gold hair and beautiful English complexion of her ancestors. And it is not just her colouring that she has inherited from Edward Deravenel. Astute and charismatic, she is also bold, daring and fiercely ambitious, with the same ruthless streak.

Now, aged just twenty-five, she stands in the position she has dreamed of - inheriting the family business, Deravenels. Over eight hundred years old, the company is a bastion of male chauvinism and the challenge that lies ahead of Elizabeth is immense.

Cecil Williams acts as Elizabeth's mentor while navigating the treacherous corridors of power with her. But her greatest ally is her childhood friend, handsome, charming Robert Dunley. Highly intelligent, he is her match in every way – and there is a spark between them that is impossible to resist. Yet Robert is already married. When they begin an affair it scandalises those around them. But far worse is to come...

From the family seat perched high on the Yorkshire moors to the glamour of London as the twentieth century draws to a close, Elizabeth fights for her birthright and her inheritance. Passion, drama, betrayal and death stalk the pages of this gripping new blockbuster from the author of A Woman of Substance.

The number-one bestselling author delivers her most provocative, sizzling novel yet--a story of money, power, love, and betrayal that only Barbara Taylor Bradford could deliver.

At age twenty-five, Elizabeth Deravenel Turner finds herself in a position few women her age could image: the head of Deravenels, a business empire that spans the globe. It's a company whose reach is wide and whose secrets are deep. Deravenels has roots that go far back in her family's history--and she knows the price that many had to pay to see it reach the success it is today.

Elizabeth is the youngest executive in the company she now leads. Surrounded by rumors and disloyalty, she is aware that there are many people who would give anything to take down the company--and her with it. With her enemies circling, she finds herself at a crossroad of choices involving her mind, her heart, and her destiny. As scandal surrounds the one man she's ever loved, Elizabeth discovers how the next move she makes could have deadly and final consequences...

Book Description Windsor, 2008. Condition: Fair. This book has hardback covers. Ex-library, With usual stamps and markings, In fair condition, suitable as a study copy. No dust jacket. Please note the Image in this listing is a stock photo and may not match the covers of the actual item,950grams, ISBN:1405614420. Seller Inventory # 3750356

Book Description -. Hardcover. Condition: Very Good. Being Elizabeth This book is in very good condition and will be shipped within 24 hours of ordering. The cover may have some limited signs of wear but the pages are clean, intact and the spine remains undamaged. This book has clearly been well maintained and looked after thus far. Money back guarantee if you are not satisfied. See all our books here, order more than 1 book and get discounted shipping. Seller Inventory # 7719-9781405614429

Book Description Hardback. Condition: Good. The book has been read but remains in clean condition. All pages are intact and the cover is intact. Some minor wear to the spine. Seller Inventory # GOR009981363

Book Description Hardback. Condition: Very Good. The book has been read, but is in excellent condition. Pages are intact and not marred by notes or highlighting. The spine remains undamaged. Seller Inventory # GOR002769338

Book Description Paperback. Condition: Fair. A readable copy of the book which may include some defects such as highlighting and notes. Cover and pages may be creased and show discolouration. Seller Inventory # GOR009048732