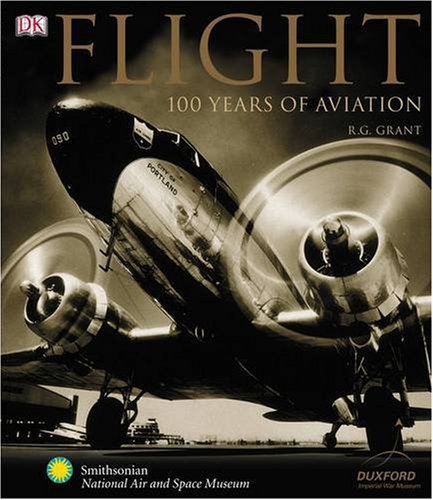 From the Wright brothers' first powered flight, to Concorde's final voyage and the tragic crash of the Columbia, this is an enthralling history of aviation. Charting the trailblazers, jet test pilots and constant progress at the cutting-edge of technology, every aspect of flight is explored. Recalling memorable events - record-breaking flights, aerial warfare and terrorist hijackings - this is the story of how man's dream to fly became a reality and central to modern history.

A lavish and enthralling account of 100 years of airborne innovation, with dramatic images and accounts of pioneering flights and technology, the aircrafts that made history and the pilots who flew them.

R G Grant has published more than 20 books on aspects of social life and military conflict in the 20th century. His works include a biography of Winston Churchill, a history of the British secret service and a study of the bombing of Hiroshima and Nagasaki. He was also a major contributor to the ITV Visual History of the Twentieth Century.