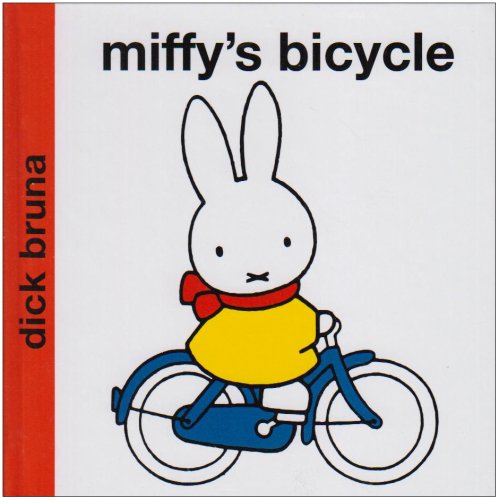 miffy is crying miffy wakes up in the middle of the night and finds that something is missing - her teddy bear. Many tears are shed as she searches high and low for her beloved companion. miffy's bicycle miffy's only a little rabbit now, but she dreams of a time when she will be old enough to ride her very own bicycle. Join her as she dreams of all the adventures she will have...miffy at the zoo A pair of parrots, a zebra and a kangaroo - these are just some of the animals miffy sees for the first time at the zoo!

Dick Bruna was born in 1927 in Utrecht, Holland. His parents named him Hendrik after his grandfather, but because he was a chubby child he was playfully called Dik, which means 'fatty' in Dutch. Dick comes from a family of publishers who under the name of 'A.W. Bruna and Son' started to print books in 1868.   After he left school, Dick went to London for a year to learn the publishing trade and then to Paris where he discovered modern artists like Picasso and Matisse who would inspire his own illustration style.   While on holiday in 1955, Dick began to tell his son stories about a little white rabbit who lived in the garden of their holiday home and this little rabbit soon became known to the world as Miffy.   Dick Bruna is now one of the most famous creators of picture books in the world. He has written and illustrated almost 100 books, which have sold over 80 million copies in 40 languages. His characters include the little dog Snuffy, the lady pig Poppy, the bears Boris and Barbara and favourite of all, Miffy the little white bunny.

Miffy's only a little rabbit now, but she dreams of a time when she will be old enough to ride her very own bicycle. Join her as she dreams of all the adventures she will have...Award-winning UK poet, Tony Mitton, has worked closely with Dick Bruna's Dutch publisher to create new translations for the classic Miffy stories that are true to the books' original voice, and yet have a contemporary feel to the language that makes them appealing to the modern young audience. The translations beautifully convey the warmth and friendliness of the original Dutch whilst maintaining a style that is inimitably Miffy.