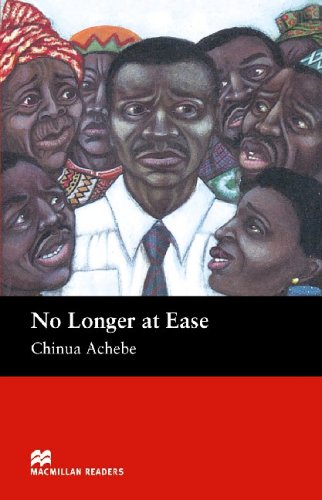 No other description available.

"Chinua Achebe is a magical writer -- one of the greatest of the twentieth century."
-- Margaret Atwood

"It is a measure of Achebe's creative gift that he has no need whatsoever for prose fireworks to light the flame of his intense drama. Wothry of particular attention are the characters. Achebe doesn't create his people with fastidiously detailed line drawings: instead, he relies on a few short strokes that highlight whatever prominent features will bring the total personlaity into three-dimensional life."
-- "Time
"
"The power of majesty of Chinua Achebe's work has, literally, opened the world to generations of readers. He is an ambassador of art, and a profound recorder of the human condition."
-- Michael Dorris

"He is one of the few writers of our time who has touched us with a code of values that will never be ironic. This great voice."
-- Michael Ondaatje

CHINUA ACHEBE was born in Nigeria in 1930. He was raised in the large village of Ogidi. He is a graduate of University College, Ibadan. His early career in radio ended abruptly in 1966, when he left his post as Director of External Broadcasting in Nigeria during the national upheaval that led to the Biafran War. From 1972 to 1976, and again in 1987 to 1988, Achebe was Professor of English at the University of Masachusetts, Amherst, and also for one year at the University of Connecticut, Storrs. Achebe has received numerous honours from around the world, including the Honorary Fellowship of the American Academy and Institute of Arts and Letters, as well as eleven honorary doctorates from universities in England, Scotland, the United States, Canada and Nigeria. In 2007, he won the Man Booker International Prize for Fiction. Achebe lives with his wife in Annandale, New York, where they both teach at Bard College. They have four children.