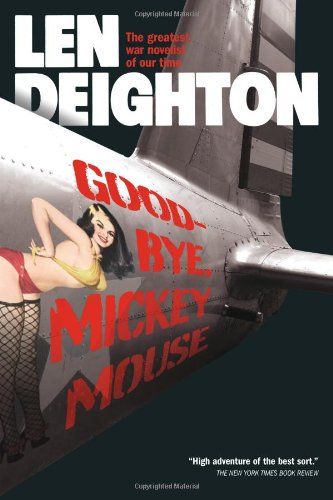 Deighton's historical fiction Goodbye, Mickey Mouse vividly evokes wartime England. In the winter of 1943-44, a group of American fighter pilots flies escort missions over Germany--among them the deeply reserved Captain Jamie Farebrother, estranged son of a deskbound colonel, and the cocky Lieutenant Mickey Morse, who's well on his way to becoming America's Number One Flying Ace. The only thing the two men have in common is a wealth of courage, but they forge a bond of friendship in battle with far-reaching consequences for themselves...and for the future of those they love.

Bestselling British author Len Deighton is known for his complex, nuanced espionage thrillers, beginning with his very first novel, The Ipcress File. Along with his contemporary, John le Carré, who also started his career in the early 1960s, Len Deighton transformed the spy novel by writing about the ways in which espionage can not only change the course of history, but how it can affect the morality and personal lives of the individuals involved.