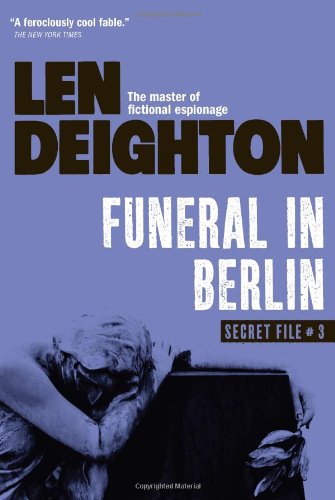 ‘A most impressive book in which the tension, more like a chronic ache than a sharp stab of pain, never lets go.’ Evening Standard

‘A ferociously cool fable, even better than The Spy Who Came In From the Cold.’ New York Times

‘The poet of the spy story.’ Sunday Times

"Ferociously cool, even better than 'The Spy Who Came In From The Cold'."
NEW YORK TIMES

'Then Samantha said, "Personally I think you are a doll... But Vulkan is a genius. Vulkan has a mind like a diamond while you have a mind like glass."
"Commercial diamond versus hand-cut glass," I said. "So I am typecast as the loser?"
"It's a one-horse race," said Samantha with finality.
The greatest tribute you can pay to a secret agent is to take him for a moron. All he has to do it make sure he doesn't act too exactly like one. That was my concern now.'

"Our unidentified narrator isn't some establishment bloke called James Bond who knocks back poncey cocktails and smokes custom-made cigarettes. He's one of us."
LOADED