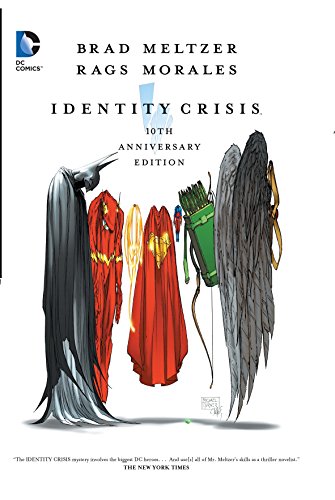 "The IDENTITY CRISIS mystery involves the biggest DC heroes. . . . And use[s] all of Mr. Meltzer's skills as a thriller novelist."
--The New York Times

"Mystery novelist Brad Meltzer shows that even superheroes have reasons to be afraid."
--Spin "Morales's muscular naturalism renders the players both timelessly iconic and believable human. . . . ."
--Washington Post "Refreshing.... Underscore[s] that these are very human characters in a very risky business."
--Entertainment Weekly About the Author:

Brad Meltzer is the author of the New York Times bestselling thrillers The Tenth Justice, Dead Even, The First Counsel, The Millionaires and The Zero Game. His first comic book work was GREEN ARROW: THE ARCHER'S QUEST but his breakout success came with the critically acclaimed IDENTITY CRISIS illustrated by Rags Morales. He has recently followed up with the best-selling run writing the adventures of the JUSTICE LEAGUE OF AMERICA illustrated by Ed Benes.