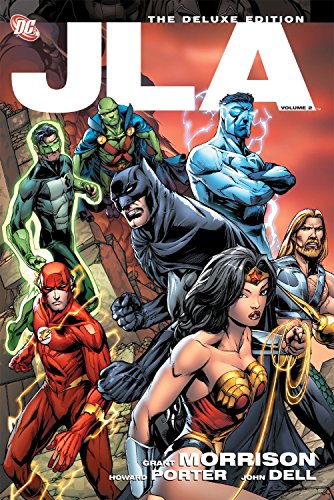 Grant Morrison has been working with DC Comics for twenty years, after kicking off his American comics career with acclaimed runs on ANIMAL MAN and DOOM PATROL. Since then he has written such best-selling series as JLA, BATMAN and New X-Men, as well as such creator-owned titles as THE INVISIBLES, SEAGUY, THE FILTH and WE3. In recent years Morrison has been hard at work expanding the DC Universe in titles ranging from the Eisner Award-winning titles SEVEN SOLDIERS and ALL-STAR SUPERMAN to the weekly 52 to the reality-shattering, multiverse-spanning epic that is FINAL CRISIS. In his secret identity, Morrison is a "counterculture" spokesperson, a musician, an award-winning playwright and a chaos magician. He lives and works between Los Angeles and his homes in Scotland.