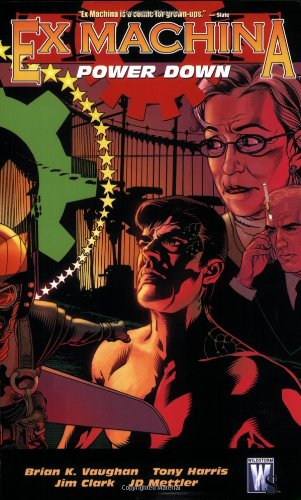 Written by Brian K. Vaughan Art by Tony Harris & Jim Clark Cover by Harris Collecting issues #26-29 of the acclaimed series, featuring the story “Power Down” set during the New York blackout of 2003!

"If millionaire playboys and nerdy highschoolers can be superheroes, why not the mayor of New York? ... Terrifically intriguing."

Brian K. Vaughan has previously written episodes of Swamp Thing for DC and The Hood mini-series for Marvel JG Jones has created covers for Just A Pilgrim (available from Titan) and Marvel Boy and Black Widow for Marvel. He is currently working on Wonder Woman- Hiketeia.