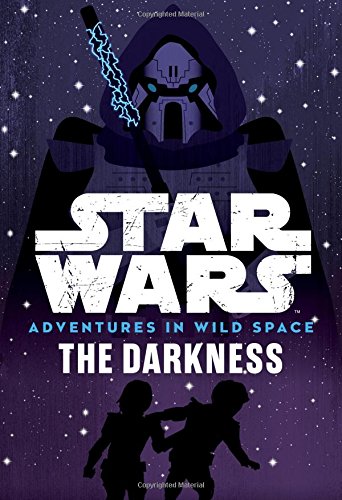 It is a time of darkness. With the end of the Clone Wars, and the destruction of the Jedi Order, the evil Emperor Palpatine rules the galaxy unopposed. When the parents of Milo and Lina Graf are abducted by agents of the evil Empire while the family is out on a mission mapping the unknown systems of Wild Space, the children must undertake a perilous journey to rescue them. In the fourth book of this six book chapter book series, Milo and Lina have been captured by the bounty hunter, the Shade. The Shade has orders to bring the children to Captain Korda. But on their way there, the power goes out on the ship. Will Milo and Lina be able to escape the Empire, or does something even deadlier await in the darkness?

Tom Huddleston is an author and film journalist based in London. His fantasy adventure novel 'The Waking World' was released in 2013, and is the first installment in 'The Future King' fantasy series. Tom also works on the Film desk at Time Out magazine London. Tom sings and plays guitar in the folk-rock group The No-Sorrows. The first album is set for release in 2016. You can follow him on twitter @tomhuddleston_, or find out more on his website, www.tomhuddleston.co.uk.