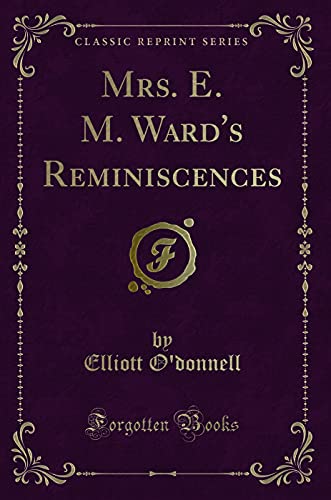 About my grandfather so much has already been written that it is difficult to find anything fresh to say. He has been described as a genius, and as an animal painter it is said he stood alone in his day. He was undoubtedly a worker - a constant worker - and in that one respect at least I might say he was a. Phenomenon, for no other word sums him up SO satisfactorily.

He was one of those men Whom Fortune kisses on one cheek and Slaps on both - a man endowed with the rarest talents and handicapped in all his endeavours to excel in them by the most unusual and unremittingly adverse circumstances.

Impecuniosity, brought about by a succession of misfortunes, prevented his parents from educating him decently, and from being of any subsequent material assistance; whilst his brother William, to whom he was apprenticed to learn mezzotinting, perceiving in him a possible rival, at one time did everything he could to dissuade him from pursuing that art.

His early friendship with George Morland, son of Henry Robert Morland, who married pretty Anne Ward, and drank himself to death, was productive of nothing but misery and annoyance. The Press was dead against him, and his Magnum Opus, the elaborate Allegory of the Battle of Waterloo, on which he spent seven of the most valuable years of his life, was a comparative failure but in spite of these and other disasters, which would have completely crushed any ordinarily constituted man, my grandfather's grim, puritanical nature, sublimely heroic in its desperate struggles against the longest odds, eventually triumphed; and he won for himself a permanent reputation.

Elliott O'Donnell (February 27, 1872 - May 8, 1965) was an Irish author known primarily for his books about ghosts. He claimed to have seen a ghost, described as an elemental figure covered with spots, when he was five years old. He also claimed to have been strangled by a mysterious phantom in Dublin. He claimed descent from Irish chieftains of ancient times, including Niall of the Nine Hostages (the King Arthur of Irish folklore) and Red Hugh, who fought the English in the sixteenth century. O'Donnell was educated at Clifton College in Bristol, England, and later at Queen's Service Academy, Dublin, Ireland. In later life he became a ghost hunter. His first book, written in his spare time, was a psychic thriller titled "For Satan's Sake" (1904). From this point onward, he became a writer. He wrote several popular novels, including an occult fantasy, "The Sorcery Club" (1912) but specialised in what were claimed as true stories of ghosts and hauntings. O'Donnell wrote material for numerous magazines, including "Hutchinson Story Magazine, The Novel Magazine, The Idler, Weekly Tale-Teller, Hutchinson's Mystery-Story Magazine, Pearson's Magazine, Lilliput" and "Weird Tales". As he became known as an authority on the supernatural, he was called upon as a ghost hunter. He also lectured and broadcast (radio and television) on the paranormal in Britain and the United States. In addition to his more than 50 books, he wrote scores of articles and stories for national newspapers and magazines.

Book Description Paperback. Condition: New. Print on Demand. Excerpt from Mrs. E. M. Ward's Reminiscences. About the Publisher, Forgotten Books publishes hundreds of thousands of rare and classic books. This book is a reproduction of an important historical work. Forgotten Books uses state-of-the-art technology to digitally reconstruct the work, preserving the original format whilst repairing imperfections present in the aged copy. In rare cases, an imperfection in the original, such as a blemish or missing page, may be replicated in our edition. We do, however, repair the vast majority of imperfections successfully; any imperfections that remain are intentionally left to preserve the state of such historical works. This text has been digitally restored from a historical edition. Some errors may persist, however we consider it worth publishing due to the work's historical value. The digital edition of all books may be viewed on our website before purchase. print-on-demand item. Seller Inventory # 9781331625100_0