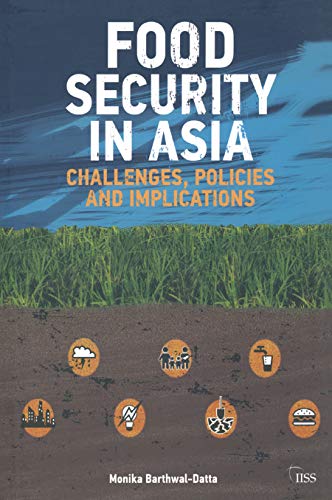 The spike in global food prices in 2007–08 not only led to riots on several continents; it also reawakened fears about the world’s future ability to feed itself, as growing populations place greater demands on agricultural systems operating in increasingly difficult environmental and climatic conditions.

With more than half the world’s people and high levels of inequality, Asia lies at the centre of the global food-security challenge of the twenty-first century. The region – especially China and India – is drawing on world stocks and importing more staples, as its own farms strain to meet its growing middle classes’ desire for more meat and processed foods. Meanwhile, the smallholder farmers who supply 80% of the continent’s food confront continued poverty, as they struggle to raise output in the face of creeping environmental degradation, looming water shortages and the unpredictable effects of climate change.

As this Adelphi shows, there are no simple solutions. Today, rice is exported while some households still go hungry, unrest grows as land is appropriated for biofuels or industry, and nations compete over waters rich in fish. Only integrated policies that take into account the complex socio-economic and political aspects of food security have any chance of succeeding.

Monika Barthwal-Datta is Lecturer in International Security in the School of Social Sciences, University of New South Wales (UNSW), Australia. She is also the author of Understanding Security Practices in South Asia: Securitization Theory and the role of non-state actors (Routledge 2012).