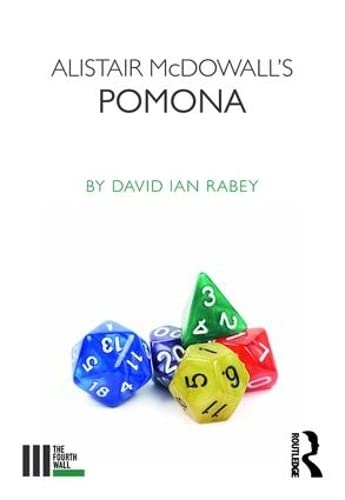 Alistair McDowall’s Pomona was first staged in 2014 and won properly startling, and startled, acclaim. Its edgeland setting permits a surrealistic disengagement of linear forms of time, which is both dreamlike and wildly funny; nightmarish and ominously enveloping. The play has as its imaginative springboard a landscape which is both real and surreal. It offers an unforgettable journey into radical uncertainty, alongside unpredictable action that presents and questions the forms by which all too much of British life is lived.

Rabey offers us a wild plunge into this modern English urban rabbit hole, a haunting and bewildering high-stakes hunt for meaning and value, set in a gothic noir Manchester, possibly dystopian (or possibly not).

David Ian Rabey is Professor of Drama and Theatre Studies in the Department of Theatre, Film, and Television Studies at Aberystwyth University, UK.