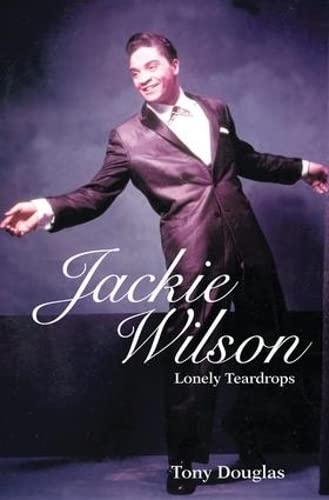 To his many fans, he was known simply as "Mr. Excitement," a singer whose music and stage presence influenced generations of performers, from Elvis Presley to Michael Jackson. Jackie Wilson: Lonely Teardrops looks at the life and career of this deeply troubled artist. Published briefly in a limited edition in the United Kingdom, this Routledge edition makes available this definitive biography for Wilson's legions of fans. Also includes two 8-page photo inserts.

"Brims with the reminiscences of Wilson's former wives and lovers, fellow musicians, bodyguards, and others. This is the portrait of a bigger-than-life personality."-"Benjamin Segedin, Booklist "A tremendous read. Four stars (highest rating)."-Q Magazine "Jackie was one of the most extraordinary performers with whom I've ever worked... Thanks so much, Tony, for helping to tell the world of his contributions."-Dick Clark

Tony Douglas is a writer/researcher on black American music. He lives in Australia.