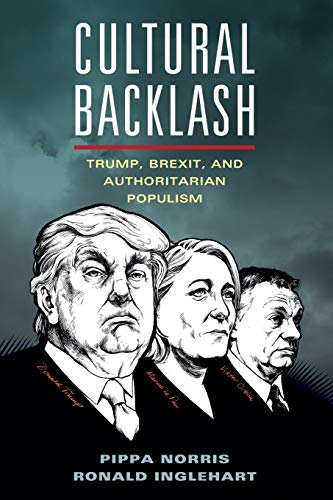 Authoritarian populist parties have advanced in many countries, and entered government in states as diverse as Austria, Italy, the Netherlands, Poland, and Switzerland. Even small parties can still shift the policy agenda, as demonstrated by UKIP's role in catalyzing Brexit. Drawing on new evidence, this book advances a general theory why the silent revolution in values triggered a backlash fuelling support for authoritarian-populist parties and leaders in the US and Europe. The conclusion highlights the dangers of this development and what could be done to mitigate the risks to liberal democracy.

'Cultural Backlash is a foundational piece in the burgeoning field of studies related to the revival of authoritarianism and the rise of populism in the twenty-first century. But it is also much more than that. It is not only a book that explains the reasons why some parties and candidates have been more successful than others, or about the potential causes and effects of the erosion to liberal democracy. It is also an unprecedented roadmap to understand the new political and social fault lines that will likely mark political representation patterns for years to come. The book is a landmark in the study of social psychology and voter choice.' Kenneth Bunker, Democratization

What explains the rise of authoritarian populism in Europe and the US, including Trump and Brexit? The book argues that a backlash against cultural change by older generations triggered these disruptive forces.