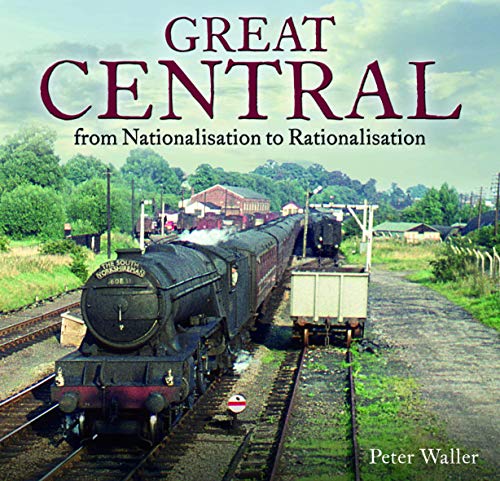 In an era where the construction of a fast main line to the north HS2 is the subject of major controversy, it s easy to forget that Britain once did possess a major main line built to the continental loading gauge and thus capable of carrying much larger trains than those on much of the network. The product of one man s ambition, the Great Central main line from Sheffield to Nottingham was part of Sir Edward Watkin s grand plans to connect the heart of British industry with London and Europe. The last great main line to be completed in the 19th century, the route south from Sheffield to London Marylebone via Nottingham, Leicester and Rugby was ultimately to become the victim of the railway closures of the 1960s. Half a century on, the loss of this impressively engineered route is still a cause for regret amongst both enthusiasts and professionals alike. Drawing upon an impressive archive of rare or previously unpublished images, this book is a pictorial tribute to the last two decades of this important and hugely popular route

Peter Waller is the author of a number of books on transport subjects and, prior to going freelance, was Publisher (Books) at Ian Allan Publishing. He is a Director and Secretary of Online Transport Archive.