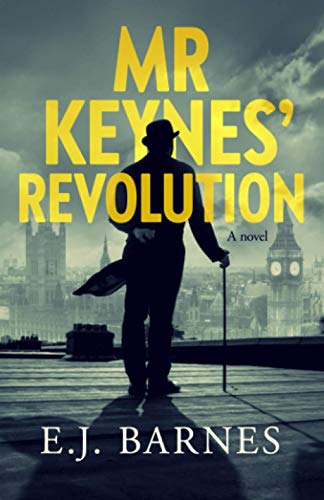 Book Description Paperback. Condition: New. Language: English. Brand new Book. The first novel about one of the twentieth century's most remarkable figures - John Maynard Keynes."Since the war, everything's changed. But how far can you push people? Until they rise up and throw the government down?"When the brilliant Maynard Keynes walks out on the Paris Peace Conference in 1919, he seems destined to obscurity. But in the crisis-ridden 1920s, he soon finds himself back on the public stage. A man of fierce intelligence but hidden susceptibilities, he is not afraid to speak the truth or hold the powerful to account, in a world on the brink of collapse.Ballerina Lydia Lopokova has fled the Russian Revolution and is now seeking her own personal salvation. The last thing she expects is to join her fate to that of a Bohemian economist.Set in a world where personal and political certainties are crumbling, and where the very future of capitalism is in question, this is a novel about money and power, as well as an unusual love story.Based on the true story of John Maynard Keynes, ground-breaking economist, controversial intellectual, government adviser, financial speculator and Bloomsbury Group member, and one of the most significant figures of the twentieth century. There have been many biographies of the founder of Keynesian Economics, but this is the first time historical fiction has put his life at centre stage. It combines the battle of the gold standard with the Russian ballet, Bohemians with central bankers, the forbidden gay world of 1920s London with the risks of currency speculation . Virginia Woolf and Winston Churchill . economic crisis and political disaster . and a one-man crusade to save capitalism from disaster.Longlisted for the Peggy Chapman-Andrews First Novel Award. Seller Inventory # AAV9780993515835