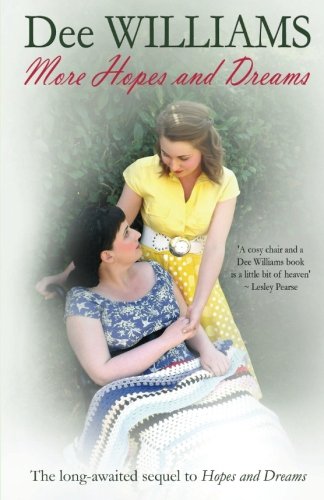 1950. After her marriage went badly wrong, Dolly Taylor returned to Rotherhithe from America. She is now helping her best friend, Penny, to walk again after she contracted polio. Not able to have children of her own, Dolly envies Penny for having a beautiful baby daughter, Gail. With his gratuity money, Penny's husband, Reg, has set up his own business as a builder, and offers Dolly a job in the office. At times, Dolly wonders what Reg has got mixed up in, as trouble seems to follow him. Tony, who was engaged to Dolly before the war, also works for Reg, and is still pursuing his childhood sweetheart. Dolly still finds herself attracted to Tony, but she has her reasons for rejecting him. Although Dolly lives in close-knit Wood Street, with friends and family around her, will she ever be able to put the past behind her and settle back in Rotherhithe - and will she ever find happiness there? More Hopes and Dreams is the long-awaiting sequel to Hopes and Dreams.