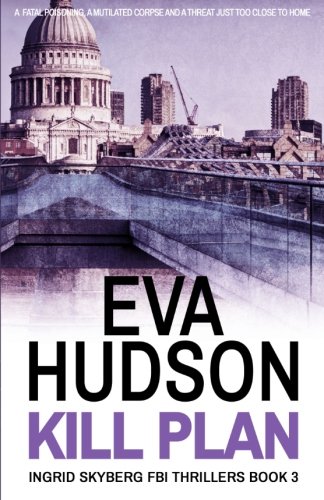 A young American trader is found fatally poisoned in his office in the City of London. Two days later, a Latvian immigrant is discovered floating face down in the River Thames, brutally murdered. When Special Agent Ingrid Skyberg, the FBI's criminal investigator in London, starts to dig, she uncovers an unlikely link between these two cases and the murder of a congresswoman in Savannah, Georgia. In the course of her investigations, Ingrid puts her own safety at greater risk than she ever has before. The problem is, she doesn't even know just how much danger she's in. With little help from either her colleagues within the embassy, or the local police, Ingrid is running out of time to piece together the seemingly disconnected clues to track down the killer before he strikes again. If you love Lee Child, eagerly await the new Michael Connolly and wonder how you survived between episodes of Homeland, the Ingrid Skyberg FBI Thriller series could be just what you've been waiting for.

Book Description Venatrix, 2014. Condition: Good. Ships from the UK. Former Library book. Shows some signs of wear, and may have some markings on the inside. Seller Inventory # GRP101775226