Items related to VIVIAN MAIER OUT OF THE SHADDOWS

CAHAN, RICHARD VIVIAN MAIER OUT OF THE SHADDOWS

VIVIAN MAIER OUT OF THE SHADDOWS 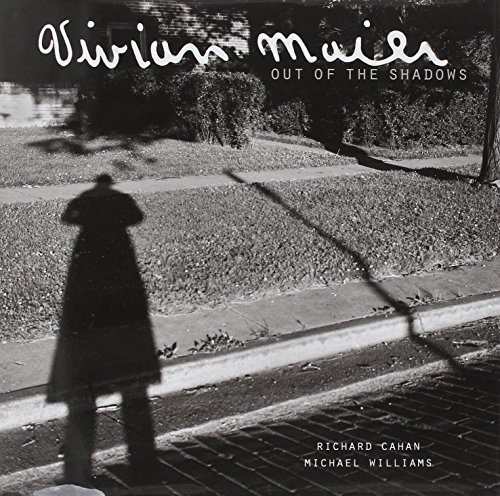 Presenting her breathtaking photographs alongside interviews with those who knew her best, this volume is the first attempt to put Vivian Maier's work in context and create a moving portrait of her as an artist. Though she created more than 10,000 negatives during her lifetime, only a few of them were ever seen by others. Shortly after her death in 2009, the first group of her unseen photographs--gritty with humanity and filled with empathy and beauty--were shown online. What followed was a firestorm of attention, catapulting Maier from previous obscurity to being labeled as one of the masters of street photography. Her work has appeared in numerous museum exhibits and a feature-length documentary on her life and art has already been planned. Features 275 black and white photos on heavy gloss paper.

"This book is fascinating and a revelation. Not only is it beautiful and compelling and haunting, it is a life in photographs. You will never read a more definitive book about Vivian Maier than Out of the Shadows." -- Rick Kogan "Now the brilliant and intrepid photo reclamation and writing team of Cahan and Williams tell Maiers deeply moving story. They conferred with everyone they could find who knew Maier and chose 300 galvanising photographs -- most unprinted, many undeveloped -- from the tens of thousands she shot." -- Booklist Starred Review "Digging through the unprecedented treasure trove of tens of thousands of images taken by Maier, a private street photographer who never shared her work in her lifetime, Cahan and Williams have unearthed a beautiful, haunting collection of a private woman and gifted artist." -- Publishers Weekly "The thoughtful and, indeed, heartfelt text manages to enrich the experience of looking at her photos and enables us to see this woman not as mere curiosity but as unforgettable artist." -- Chicago Tribune "(Starred Review) They show that Vivian Maier was a great artist -- not simply "the nanny photographer", as some have called her." -- Library Journal

Richard Cahan is a former picture editor for the Chicago Sun-Times and was the director of CITY 2000. He lives in Skokie, Illinois.Michael Williams is the author or coauthor of 10 books on Chicago history, includingChicago: City on the Move. He lives in Chicago. They are the coauthors of Edgar Miller and the Hand-Made Home, The Lost Panoramas, and Richard Nickel's Chicago.

1. Vivian Maier: Out of the Shadows

2. Vivian Maier: Out of the Shadows

3. Vivian Maier: Out of the Shadows

4. Vivian Maier: Out of the Shadows

5. Vivian Maier: Out of the Shadows

6. Vivian Maier: Out of the Shadows

7. Vivian Maier : out of the shadows

8. Vivian Maier: Out of the Shadows Cahan, Richard and Williams, Michael