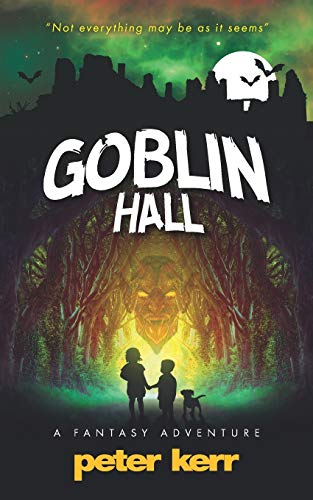 Book Description Oasis-WERP, United Kingdom, 2020. Paperback. Condition: New. Language: English. Brand new Book. GOBLIN HALL is named after a haunted chamber (known locally as Goblin Ha') that lies hidden beneath the ruins of Yester Castle near Gifford in south-east Scotland. It is the story of two young children, lured into the subterranean lair of Zorn, a brilliant but evil sorcerer who is using them as bait in a trap to ensnare his arch rival of many centuries, a lovable but dippy old wizard called Mungo. Although Mungo has lost most of the skills that once raised him above all other exponents of the mystic arts, he alone has any chance of rescuing the children from Zorn's clutches . if only he can summon up The Power. As they make their way through the underworld, the children are subjected to ordeal after ordeal, each more nightmarish than the last. Meanwhile, Zorn and his army of malicious 'Keelie' goblins are secretly watching their every move and waiting to do their worst.Will Mungo's band of good-guy 'Kiltie' goblins, armed with laser-firing bagpipes and backed up by a talking jackdaw and a flying piglet who speaks American slang, have what it takes to win the day? Not only do the children's lives depend on it, but also the well-being of the entire mortal world as well. Seller Inventory # APC9780957658691