Items related to The Loughsiders 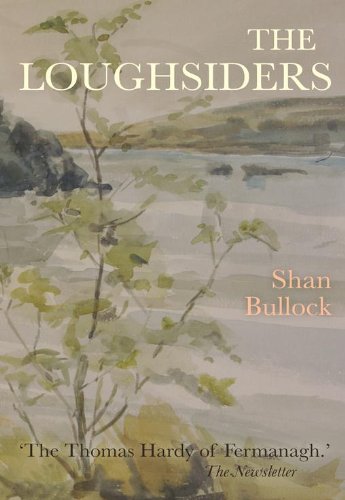 Richard Jebb has returned from the United States to the quiet beauty, unchanging rhythms of life and close horizons of a small farming community along the shore of Lough Erne. Richard silently harbours larger ambitions and after his proposal to Rachel Nixon, the daughter of a neighbouring farmer, is refused he seizes his opportunity when her father dies without leaving a will. Complex and scheming, Richard manipulates the destinies of the Nixon family and his patient intrigue changes the lives of all those who live by the lough. Few writers have captured the comedy of country life, or the frustrations and daily struggles of small farmers, as faithfully as Shan Bullock. In The Loughsiders Bullock drew on the speech, as much as the landscape, of the area around Lough Erne to faithfully recreate the enclosed world he remembered from his childhood. First published in 1924, and set in the late-Victorian period, The Loughsiders is Bullock s most complete novel with its understanding of the Ulster character and ironic observation of Ulster life.

One of the best novels that rural Ireland has provoked. --Irish Times

He was, perhaps, the only writer ... who dealt adequately and faithfully with life in the North of Ireland. --Irish Independent

Entertaining... A tale of small things... the dialogue is so natural and the characters such good company. --Times Literary Supplement

Shan Bullock was born in Fermanagh in 1865, the son of a farmer who worked on the Crom estate. He spent most of his life in London working for the civil service and also wrote literary journalism. He was awarded a MBE for his part in the Irish Home Rule Convention of 1917 and 1918, and was made a member of the Irish Academy of Letters in 1933. He died in 1935.