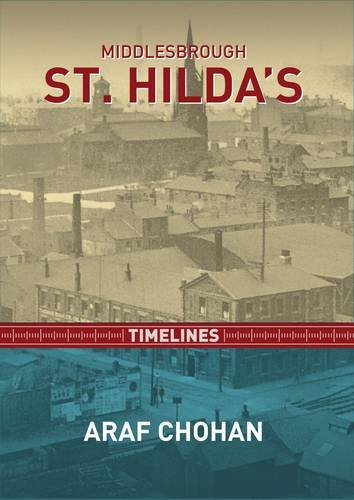 The amazing story of the birth of Middlesbrough told through hundreds of rare historic photographs.

The new planned town which sprang up in the early 1800s and grew through the iron, steel and shipbuilding industries was labelled an 'Infant Hercules'. As Middlesbrough spread south over the railway lines, the original area, known as St. Hilda's, entered a period of decline. Today it is being revitalised with modern buildings and housing to replace years of neglect.

This book shows the history of Middlesbrough and St. Hilda's through the fascinating photographs collected by Araf Chohan. See the early buildings, prominent landmarks, squalid housing conditions, events, businesses, places of worship, demolition, and rebirth. This book includes many pictures of old Middlesbrough never seen in print before.

Araf Chohan has been collecting photographs and postcards of his native Middlesbrough for many years. A former Steward with British Airways, he now devotes his time to travel and writing.