Items related to The Tudors: A Heroes History of

William Webb The Tudors: A Heroes History of

The Tudors: A Heroes History of 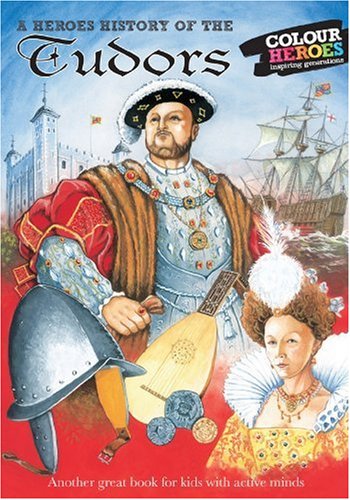 The book is about an amazing period of British history, when for the first time an Englishman sailed around the world, North America was discovered, printed books appeared and Spain tried to invade England. Today it is called the Tudor period, which began with Henry Tudor in 1485 and ended with the death of Queen Elizabeth I in 1603. It was the end of the Middle Ages and the start of the Renaissance in Europe, which saw a revival of Greek and Roman art and learning, new ideas and philosophies. It all spread quickly because of printing, world expansion and the Protestant Reformation when the church in England split from Rome. Some of the most colourful and exciting kings and queens reigned during this time. This book will tell you all about their interesting lives, as well as what life was like for ordinary people.

The Tudors: A Heroes History of