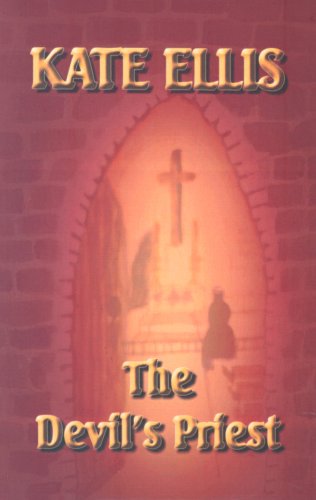 In 1539 King Henry VIII is completing his ruthless destruction of England's monasteries. And the ripples of this seismic change are felt even in the small northern port of Liverpool.

When novice nun, Agnes Moore, ejected from her convent and staying with resentful relatives, claims to have been attacked in the ancient chapel of St Mary del Quay on Liverpool's waterfront by Satan himself, her former abbess, Lady Katheryn Bulkeley, comes to her aid. Then a young priest is found dead in the River Mersey, his right hand hacked off, and Katheryn suspects that Liverpool harbours some disturbing secrets.

The pregnant Agnes refuses to reveal her lover's identity and when she is brutally murdered, Katheryn must seek her killer amongst Liverpool's highest and lowest citizens. Then corpses are mutilated in a local churchyard and it seems that this evil may be linked to Agnes's death.

As Katheryn uncovers more of Liverpool's dark side and draws closer to the truth, she must find the answer to the most urgent questions of all. Why has such evil come to the town? And who is the devil's priest?

Kate Ellis is the author of the highly acclaimed Wesley Peterson novels which combine past mysteries with present day crimes. She has twice been nominated for the CWA Short Story Dagger and her eighth novel, The Plague Maiden' was nominated for the Theakstons Crime Novel of the Year award in 2005. The Devil's Priest is her first foray into purely historical fiction.

"The Devil's Priest" is a crime novel.

Book Description Nirvana Books, 2006. Condition: Good. A+ Customer service! Satisfaction Guaranteed! Book is in Used-Good condition. Pages and cover are clean and intact. Used items may not include supplementary materials such as CDs or access codes. May show signs of minor shelf wear and contain limited notes and highlighting. Seller Inventory # 0954942728-2-4

Book Description Nirvana Books, 2006. Paperback. Condition: GOOD. Has little wear to the cover and pages. Contains some markings such as highlighting and writing. Seller Inventory # 0954942728_abe_gd

Book Description Nirvana Books, 2006. Condition: Good. Shows some signs of wear, and may have some markings on the inside. Seller Inventory # 18561473-6

Book Description Nirvana Books. Paperback. Condition: Fair. No Jacket. A readable copy. All pages are intact, and the cover is intact. Pages can include considerable notes-in pen or highlighter-but the notes cannot obscure the text. At ThriftBooks, our motto is: Read More, Spend Less. Seller Inventory # G0954942728I5N00