Joyce A. Tyldesley Stories from Ancient Egypt: Egyptian Myths and Legends for Children

Stories from Ancient Egypt: Egyptian Myths and Legends for Children 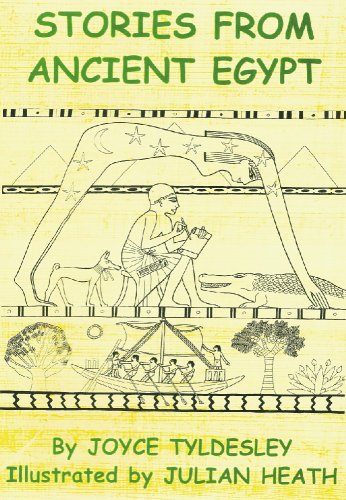 Offers nine tales from ancient Egypt and one non-fiction piece, "The Battle of Kadesh," featuring Ramesses the Great and his fight aginst the Hittite enemies of Egypt.

Julian Heath is an author and freelance archaeological illustrator based in Liverpool. He has a BA and an MA in Archaeology from Liverpool University, where he has lectured on archaeological illustration and the prehistoric world. His publications include Warfare in Prehistoric Britain (2009), Life in Copper Age Britain (2011), and Before Farming (2013). He illustrated Stories from Ancient Egypt and the updated version of the British Museum's Dictionary of Ancient Egypt.

Stories from Ancient Egypt Joyce A. Tyldesley and Julian Heath