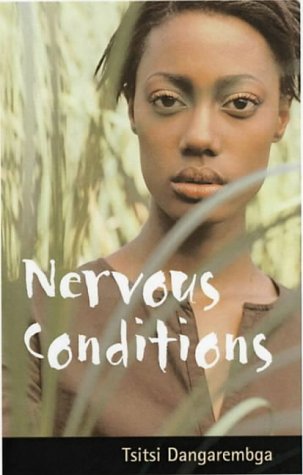 A modern classic in the African literary canon and voted in the Top Ten Africa's 100 Best Books of the 20th Century, this novel brings to the politics of decolonization theory the energy of women's rights. An extraordinarily well-crafted work, this book is a work of vision. Through its deft negotiation of race, class, gender and cultural change, it dramatizes the 'nervousness' of the 'postcolonial' conditions that bedevil us still. In Tambu and the women of her family, we African women see ourselves, whether at home or displaced, doing daily battle with our changing world with a mixture of tenacity, bewilderment and grace.

"Many good novels written by men have come out of Africa, but few by Black women. This is the novel we have been waiting for... it will become a classic."--Doris Lessing

"It is the late 1960s and Tambu is a 13- year-old in rural Zimbabwe. "Although our squalor was brutal," she says, "it was uncompromisingly ours." Her brother Nhamo has been sent to the mission school in town, his education paid for by her uncle, the family elder. Tambu is thirsty for knowledge, and feels the injustice of being kept on the family homestead, but Nhamo tells her she'd be "better off with less thinking and more respect." Tsitsi Dangarembga's semi-autobiographical debut was first published in 1988, when it won a Commonwealth Writers prize. It has since become a staple on Eng Lit courses, and is now reissued with a scholarly introduction. A coming-of-age story, it ticks all the right boxes for student essayists--colonialism, gender, race--and provides a mine of information about Shona customs. Its appeal to lay readers lies with the guileless Tambu, who starts off as a rather prim little girl but turns into a perceptive and independent young woman."--The Guardian

"Dangarembga raises issues about culture, conflict, displacement, family relationships, consciousness and emancipation in a postcolonial society. On another level, it illustrates what children raised between two cultures may have to contend with. Nervous Conditions will find an audience with young people (especially women) and those working in health, teaching and social work professions"--Young Minds Magazine

Tsitsi Dangarembga was born and brought up in Zimbabwe. She studied medicine and psychology before turning to writing full-time and becoming the first Black woman in Zimbabwe to publish a novel in English. Nervous Conditions was the recipient of the 1989 Commonwealth Writers' Prize for Fiction, the book has become a modern classic. Nervous Conditions was also chosen as one of the 'Top Ten Books of Africa's 100 Best Books of the 20th Century' by a Pan African Initiative in 2002. Dangarembga's sequel to Nervous Conditions entitled The Book of Not was published in 2006 by Ayebia. In addition, she has written a play entitled She No Longer Weeps. Having studied at the German Film and Television Academy, Dangarembga now also works as a scriptwriter, consultant and film director. She is the founder of International Images Film Festival for Women (IIFF). She is currently working on the third novel in the trilogy and lives in Zimbabwe.