Items related to And the Truth Shall Set You Free

David Icke And the Truth Shall Set You Free

And the Truth Shall Set You Free 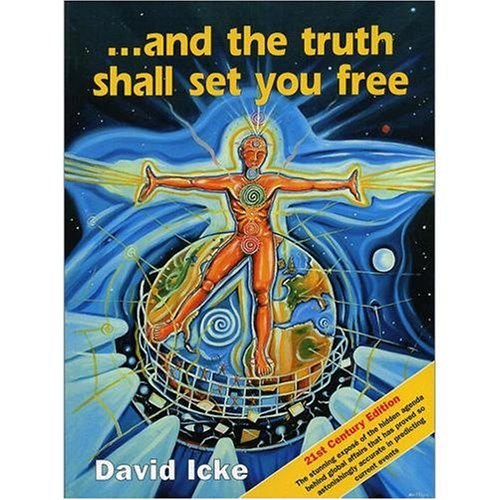 As a leading book editor in the United States said after reading Icke's manuscript: "It is difficult to put into words the excitement I feel about this. It is a book that I have been waiting to see for a long, long time. I knew it would come and now it is here. I am practically overwhelmed by the sense of urgency I feel in getting this book to press and into distribution." David Icke exposes the real story behind global events which shape the future of human existence and the world we leave our children. Fearlessly, he lifts the veil on an astonishing web of interconnected manipulation to reveal that the same few people, secret societies and organisations control the daily direction of our lives. They engineer the wars, violent revolutions, terrorist outrages and political assassinations; they control the world market in hard drugs and the media indoctrination machine. Every global negative event of the 20th Century and earlier, can be traced back to the same Global Elite, and some of the names involved are very well known. Never before has this web, its personnel and methods, been revealed in such a detailed and devasting fashion. He reveals that the same few people, secret societies and organizations, control the daily direction of our lives. If you don't want your view of life to be transformed, then steer clear of this book. Icke reveals the esoteric background to the global conspiracy and offers an inspiring spiritual solution in which every man, woman, and child on Planet Earth breaks free from the daily programming - the "Coup d'etat on the human mind" - and take back their infinite power to think for themselves and decide their own destiny. His words are designed to inspire all of us to be who we really are, to fling open the door of the mental prison we build for ourselves, and to walk into the light of FREEDOM.

David Vaughan Icke, pronounced is a British writer and public speaker who has devoted himself since 1990 to researching "who and what is really controlling the world." A former professional football player, reporter, television sports presenter, and spokesman for the Green Party, he is the author of 20 books explaining his views. Icke argues that he has developed a moral and political worldview that combines New Age spiritualism with a passionate denunciation of what he sees as totalitarian trends in the modern world, a position that has been described as "New Age conspiracism." At the heart of Icke's theories is the view that the world is ruled by a secret group called the "Global Elite" or "Illuminati," which he has linked to The Protocols of the Elders of Zion, an antisemitic hoax. In 1999, he published The Biggest Secret, in which he wrote that the Illuminati are a race of reptilian humanoids known as the Babylonian Brotherhood, and that many prominent figures are reptilian, including George W. Bush, Queen Elizabeth II, Kris Kristofferson, and Boxcar Willie.

1. And the Truth Shall Set You Free: The 21st Century Edition