Items related to William - an Englishman 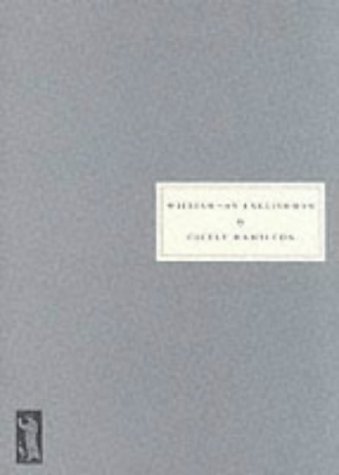 William - an Englishman is Persephone Book No.1. It was 'written in a rage in 1918; this extraordinary novel...is a passionate assertion of the futility of war' (The Spectator, 1999). Its author, Cicely Hamilton, had been an actress and a suffragette and was well-known for her polemic Marriage as a Trade (1909). Upon the outbreak of the First World War she went to the Scottish Women's Hospital at Royaumant and was there until 1917; she then organised Concerts at the Front for the troops. William - an Englishman was written in a tent within sound of guns and shells. It is in one sense a very personal novel, animated by fury and cynicism, and in another a detached one; yet it is always 'a profoundly moving book' (Financial Times, 1999).

'terrifically good...a lovely writer, very poignant, evoking the war is what she does as well as anything I've read.' -- Radio 4's 'A Good Read' September 1999 called Cicely Hamilton

In our view William is one of the greatest novels about war ever written: not the war of the fighting soldier or the woman waiting at home, but the war encountered by Mr and Mrs Everyman wrenched away from their comfortable preoccupations - Socialism, Suffragettism, so gently mocked by Cicely Hamilton - and forced to be part of an almost dream-like horror (because they cannot at first believe what is happening to them). The scene when William and Griselda emerge after three idyllic weeks in a honeymoon cottage in the remote hills of the Belgian Ardennes, and encounter German brutality in a small village, is unforgettable. The book, which won the Femina Vie Heureuse Prize in 1919, is a masterpiece, writen with an immediacy and a grim realism reminiscent of an old-fashioned, flickering newsreel.