Items related to Equiano's Daughter: The Life and Times of Joanna... 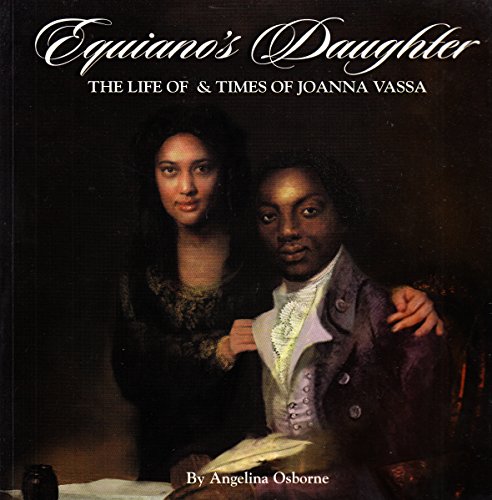 Equiano s Daughter is a book about the life and times of Joanna, daughter of Olaudah Equiano, also known as Gustavus Vassa, the African, a former slave, who lived in 18th century England. She was born on 11 April 1795, and at the age of 21, inherited Ł950 cash as well as property in his Will. Equiano earned his wealth as a best selling author of the book, The Interesting Narrative (1789), which went into nine editions before his death on 31 March 1797. The Penguin edition (2003) of the book has also become a best seller. Joanna spent most of her life in eastern England, but died in London on 10 March 1757.

For more than a generation now, researchers have sought further details of the life and times of Olaudah Equiano, Gustavus Vassa, the African, and his daughter Joanna. The late Professor Paul Edwards led the search from the 1960s until the 1990, when Professor Vincent Carretta took the trail. The latter s work has been outstanding, yet, the quest continues, as students discover more Equiano s letters to the editors of late 18th century British newspapers. In October 2004, Professor Carretta and his wife Pat found Joanna s grave in Abney Park Cemetery in the London Borough of Hackney. There was now renewed interest in Equiano s daughter. Angelina Osborne s book is but the first in-depth study on Equiano s second daughter, and it reveals many interesting things. We do not know what life was like for a woman of African and English heritage in early 19th century Britain. There would been many men and women like her throughout the country, and she might have known some of them. But, most of the people with whom she closely associated were white, and almost everything about her values would have been English. Joanna was orphaned when she was just over two years of age, and she would have had to rely on guardians for knowledge of her parents. She was brought up in Cambridge, England, and people there would have remembered her father, Gustavus Vassa, the African. John Audley, the surviving executor of his Will, would have ensured that she was well looked after, and that at aged 21 in 1816, she would inherit her father s estate. In August 1821 she married Henry Bromley, who was born in Islington, London. Angelina s book is a significant contribution to British history and knowledge of the Black presence in Britain. --Arthur Torrington, The Equiano Society

Angelina Osborne is a researcher, writer, editor and workshop facilitator. She holds a B.A. in History from American International College in Massachusetts, USA, and M.A. in Modern History from Birkbeck College, University of London.