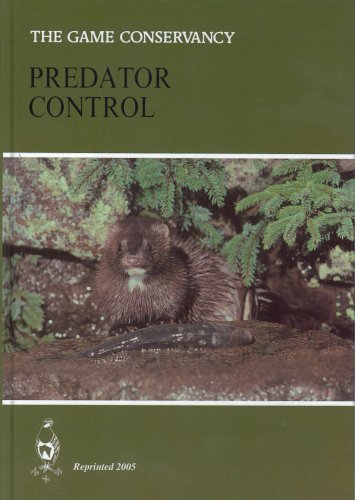 The fundamental aim of any shoot is to produce enough game to allow some to be harvested. Since the game itself, of whichever species, is a prey of other animals, it follows that control of predation is an important part of the game conservation package. At the same time it is important to recognise that success may not be directly related to how many predators are killed. In the final analysis it is the response of the game population to control which counts. The aim of this guide is to show how to control predation in a way that maximises game survival, while still recognising the conservation needs of the predator species.

This practical guide, one of Game Conservancy Limited (GCL) Advisory Services' series of books on game and wildlife management has been out of print for a number of years. There is still considerable demand so we have commissioned a facsimile reproduction. This edition was first published in 1994, but in most respects it remains full relevant to 2005. Some legal aspects have changed, so our Regional Advisors have made these essential corrections. We therefore believe this book is legally correct at the time of going to press (January 2005).