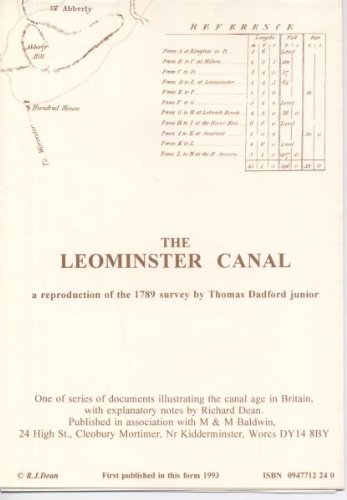 This facsimile reprint of an early canal map is the second in a new series, "The Waterways Heritage Collection". It is a reproduction, at a reduced scale, of Thomas Dadford's survey, originally drawn up at 1 inch to the mile in 1789. Planned to link Kington to the Severn at Stourport, the canal was a supreme example of the optimism of the canal mania. It was never completed, never paid a dividend and was finally sold to a railway company for about a sixth of its original cost. This map should be of interest to all those who are keen to trace canal history, but are unable to afford the prices which early canal maps now command.