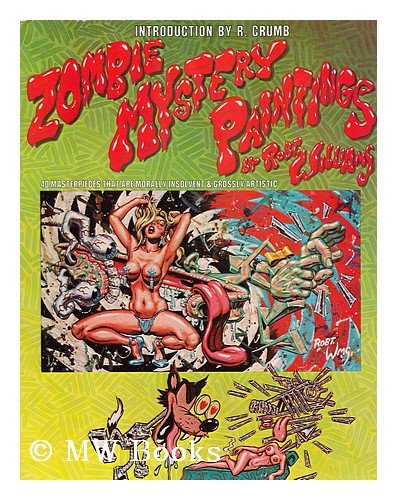 Robert L. Williams (born March 2, 1943) is an American painter, cartoonist, and founder of Juxtapoz Art & Culture Magazine. Williams was one of the group of artists who produced Zap Comix, along with other underground cartoonists, such as Robert Crumb, S. Clay Wilson, and Gilbert Shelton. His mix of California car culture, cinematic apocalypticism, and film noir helped to create a new genre of psychedelic imagery. "Zombie Mystery Paintings" contains 40 masterpeices that are morally insolvent and grossly artistic.