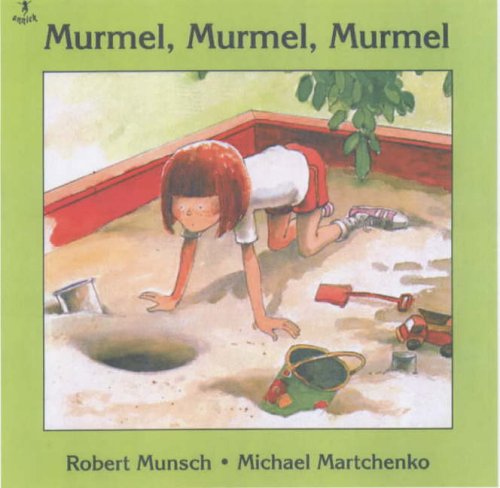 What in the world is Robin going to do with the baby she finds in her sandbox? Murmel, murmel, murmel,” is all Robin hears coming from a hole in her sandbox. When she reaches down and out pops a baby, she finds herself in a real fix: who will take care of it? Robin’s too little! Off she goes, searching her neighborhood for someone who needs a baby. The woman with seventeen cats doesn’t want the baby. Nor does the grumpy man by the bus stop. It looks as though all hope is lost, until a friendly truck driver passes by. He offers to trade his truck for the baby an exchange Robin can’t refuse.

Robert Munsch is the author of more than 25 books for children including "The Paper Bag Princes" and "Stephanie's Ponytail." He was born in Pittsburgh, Pennsylvania and studied to be a Jesuit priest before deciding to work with children instead. He taught in a variety of nursery schools and daycare centers while he earned an MA in Early Childhood Education. In 1975, Munsch and his wife, Ann, moved to Guelph, Ontario. The Munschs have three children: Julie, Andrew, and Tyya (see them all in "Something Good!"). Michael Martchenko has illustrated over 30 books for children and has exhibited his work throughout North America. He has won numerous awards for design and illustration. He lives with his wife, Patricia, in Toronto.

Five-year-old Robin discovers a baby that says "murmel, murmel, murmel" in her sandbox and tries to find an adult who wants to take care of it.