Items related to The Roman Cemetery at Brougham, Cumbria: Excavations... 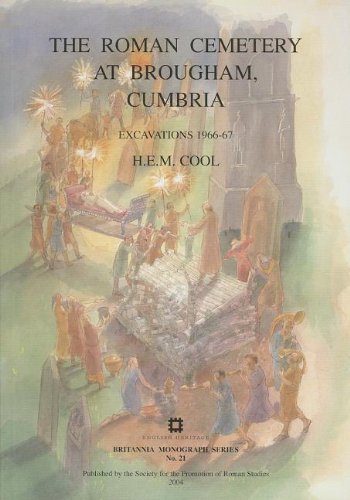 Excavations to the east of the fort and vicus of Brougham, in 1966 and 1967, the results of which have only recently been evaluated, uncovered a cemetery that was in use during the 3rd century. A population of all ages were buried in the cemetery, cremated along with their grave goods, and intered in urns accompanied by other ceramic and glass vessels. This substantial report examines and catalogues the graves and other features before discussing the evidence of pyres and biers, the animal bone, the vessels, the personal ornaments and other equipment, the tombstones and the inscribed stones. Having desribed in detail the archaeological and environmental evidence, the author then draws conclusions about funerary rites at Brocavum in the 3rd century and suggests a connection with Pannonia.

The rescue excavations at Brougham uncovered the largest cemetery associated with a fort in the north yet dug. They revealed a 3rd cemetery where not only the soldiers, but also their wives and children were cremated and buried. The dead were provided with expensive pyre goods, such as elaborately decorated biers, jewellery, military equipment, household items and a wide range of animal offerings including horses. Their remains were generally deposited with pottery vessels including a large number in samian and Rhenish colour-coated wares. There is good evidence that the unit was originally from the Danubian frontier. The volume includes detailed specialist reports on all aspects of the finds and funerary rituals. A database of the results is included on a CD to facilitate further analysis.