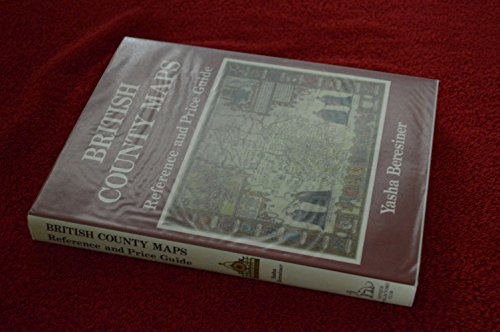 , 295 pages, illustrations and maps throughout, with some in colour, map endpapers

Book Description Hardcover. Condition: Good. Small Tears to the Dust Jacket/Slipcase, or may be price clipped Good condition is defined as: a copy that has been read but remains in clean condition. All of the pages are intact and the cover is intact and the spine may show signs of wear. The book may have minor markings which are not specifically mentioned. Most items will be dispatched the same or the next working day. Seller Inventory # wbb0020115447

Book Description Hardcover. Condition: Near Fine. Dust Jacket Condition: Fine. 1st Edition. Antique Collector's Club, 1983. First Edition. 4to. 295 pages. Maroon cloth boards in unclipped dust jacket. Well indexed and illustrated in b/w and color. Note this book is located in the US and is very heavy so requires extra postage to ship outside of the US. Seller Inventory # 05282103

Book Description Cloth, 4to, 29 cm, 295 pp, ills, maps (some colour). "The aim of this book is to inform the map collector on every stage of his quest. Thus, in addition to a brief history of map development, a section on the formation and care of a collection, and discussion of reproductions and forgeries, the bulk of this work is devoted to answering the map collector's perennial question: Who made the map? As many as up to twelve operations may have been required to produce a map: between the patron and the mapseller there may have been a surveyor, a cartographer, a designer, an engraver and a publisher. There is no standardisation whereby a map is always known by, for example, its surveyor, engraver or publisher, and the difficulties which such multi- involvement creates are often compounded by other factors: any of the original individuals might well have given the map the date at which he was involved with it, in some cases years after its inception; individual maps from atlases were serialised in magazines or newspapers, in which case other imprints and dates may have been substituted; original map plates passed on or sold from one engraver to another were slightly amended, sold again, amended again, and so on, often acquiring new imprints and dates along the way. It is just these confusions that British County Maps sets out to clarify. This is the first time such vital information has appeared in so lucid a format, with one hundred biographical entries, many carrying detailed cross- references to associated names, and 270 illustrations which will assist in identifying maps and editions. This book, which includes an appendix on prices, is an extremely valuable source of reference as well as an interesting account of the cartographer's art in Britain from the sixteenth to the nineteenth century." - from the blurb. Page-edges lightly agetoned, otherwise Very Good in Very Good dustwrapper. Seller Inventory # ABE-08444