Items related to Network/Consortium: The Light in Exile

Network/Consortium: The Light in Exile 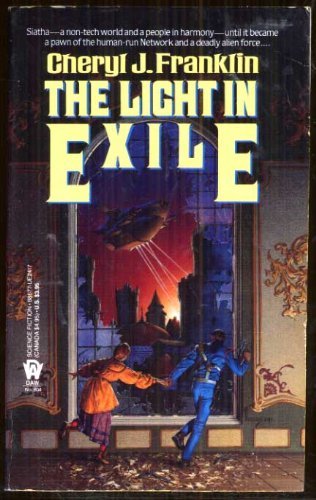 Essef - The Adraki, last survivors of a powerful alien race, roved the spaceways, calling no world home. But the Adraki suddenly seemed to have an interest in peaceful Siatha, and Caragen, the most influential man in Network space, sought an alliance with them - if he could overcome the mysterious and dreadful force hidden on Siatha itself!

Caragen seeks an alliance with a powerful alien race known as the Adraki and employs Marrach to achieve this end, resulting in a magical war on the world of Siatha

The Light in Exile (Network/Consortium, Bk. 1)

The Light in Exile (Network/Consortium, Bk. 1)

THE LIGHT IN EXILE (NETWORK/CONS