Items related to Murder in Montparnasse: A Mystery of Literary Paris

Engel, Howard Murder in Montparnasse: A Mystery of Literary Paris

Murder in Montparnasse: A Mystery of Literary Paris 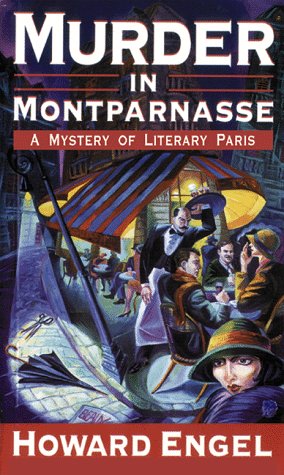 It's autumn 1925, and a killer uncannily like England's Jack the Ripper is stalking the city streets of Paris and preying on young women. Michael Ward is a journalist newly arrived to the Left Bank. When he falls in with Jason Waddington, an expatriate American writer who introduces him to the cafe scene and his crowd of writers and artists, Ward soon discovers that Jack de Paris is not the only trouble afoot in the City of Light. Rumor has it that Waddington has written a damaging roman a clef about his friends, and tempers are rising even as fear of the killer grips the city. When the body of Laure Duclos is found, it seems their circle has finally been touched by Jack. But Ward has his doubts and begins to wonder whether Laure was truly Jack de Paris's latest victim, or if someone else was using the serial killer as a convenient cover to protect themselves.

In a feat of literature reminiscent of Caleb Carr's The Alienist, Howard Engel blends intriguing historical fact with nail-biting fiction to produce a thriller of the highest order. Murder in Montparnasse will delight both new readers of Engel and his long-time fans.

Howard Engel is the winner of the Arthur Ellis Award for crime fiction and creator of the acclaimed Benny Cooperman mystery series as well as Murder in Montparnasse, a departure from the series. He is a founding member of the Crime Writer's Association of Canada, where his private eye has been described as a cherished national institution.

2. Murder in Montparnasse: A Mystery of Literary Paris